Everything else. Sometimes even national leaders just want to hang out. Dedicated to Randomerica.
Post Reply
4 posts • Page 1 of 1

IDUball
Polandball/countryball. IDU style!
Polandball!?
Polandball (aka countryball). Ever heard of it? Apparently, several members of the IDU (myself included) have. It is a funny little comic style that depicts nations (drawn up as little balls consisting of their flag and eyes) interacting with one and other. The comic style is actually very popular because it is highly accessible to amateurs, all you need is an mspaint style application that is younger than 1980 and you are probably capable of drawing a polandball comic. Want examples? Google r/polandball and it will take you to a Reddit community full of them.

Cool...but why this thread?
I thought to myself, why couldn’t we do that but with our nations? I don’t see a reason why we shouldn’t. So... let’s do it! The rest of this thread will be dedicated to “IDUball” comics or illustrations.

Guidelines
Thankfully, there are only a couple of limits to what you can do in IDUball as there are no prizes or anything like that involved your main objective is to have a good laugh. With that said, there are some general established guidelines that will make this thread better.

1. Since interactions between nations are intended to be funny, you will be poking fun of people’s nations in interactions. With that said, don’t be brutal. A nation -Conternia- that loves to annex people might be fun to poke fun off with a “Conternia walks into a room and everyone leaves screaming ‘Don’t annex us!!!’” comic is fine but don’t attack them. The take away from the comic shouldn’t be “wow, nation ______ is literally the dumbest person and deserves to die.” That usually isn’t funny anyway.

2. Don’t use circle tools! They look professional. That isn’t the aim.

3. Give your polandballs only eyes, no mouth or nose or legs etc. Eyes should be white with nothing in them and should have a thin black outline

5. The character shouldn’t represent an individual person in that nation. It should represent the stereotypes of the nation (Nation X are a bunch hillbillies with plasma guns who only care about their turtle farms, in example).

6. The character’s body should be a circular rendition of the nation’s flag + the eyes and nothing else. If they need a “prop” for a particular scene (top hat to show culture or AK-47 to show that it’s a junta) that is fine.

7. Only nations of the IDU can exist in the comic, no industries or geopolitical entities. The IDUSA (represented by its flag) is probably fine however.

8. Nation’s with emblems located to either side of the flag can turn that into an eye patch. Like Serbia! Libertas Omnium Maximusball also lost its eye. 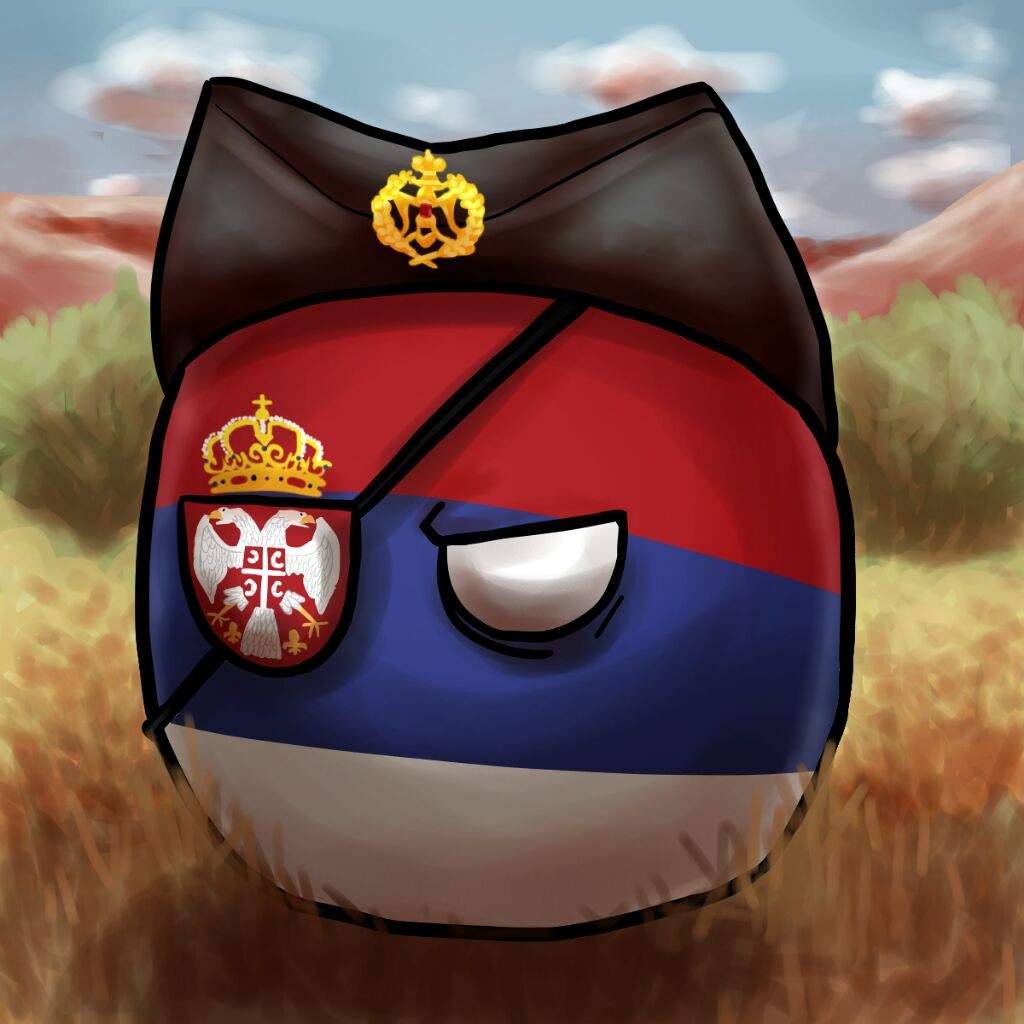 Don’t even attempt this quality of drawing though. Whoever did this was a grandmaster! Made by: User 27hagelslag on https://aminoapps.com/c/polandball/page ... goQ38xdoqd

9. Backdrops are accepted but not required.

10. Unless otherwise specified by the user of the nation in question, all characters are genderless. If a user specifies their character’s gender, use that.

11. Characters speak Engrish, imperfect English meant to represent their accent. “Dis Mercia ist stupikof!” Instead of “America is stupid” for a Germanic nation in example. It just has to be English enough to get across the general point. The exception to this rule is for nations that speak the Queen’s English. They talk normally.

12. Any level of quality is fine. This isn’t the Uffizi gallery.

These guidelines are derived mostly from the Reddit community r/polandball. They are to thank for my love of polandball actualy. Before you start making comics I would highly recommend taking a look at https://www.reddit.com/r/polandball/

I would advise starting out with a picture of your polandball along with some of their likes and dislikes and personality traits.


Your sole objective of this month’s challenge is to make an IDU Map but with countryballs. There should be no actual map lines, just clays (the street name for balls because I guess they look like they are made out if clay). The size of the clays should be what makes the map recognizable! We will have a vote at the end of the month and the map with the most votes wins! What do you win? Absolutely nothing!

Neutral
-Lauchenoiriaball (Had a war with them, made peace)
-Conterniaball (Nice guy but too into manifesting his destiny)
-Sanctariaball (They made us pay 150m)

Laeralball - Pretty cool guy. We fought a war together and generally get along well but Laeralball is too soft on his people by pampering them with welfare.

Zamastanball - Another great guy. We have great trade deals and get along well. He also likes my phone.
Top


Your sole objective of this month’s challenge is to make an IDU Map but with countryballs. There should be no actual map lines, just clays (the street name for balls because I guess they look like they are made out if clay). The size of the clays should be what makes the map recognizable! We will have a vote at the end of the month and the map with the most votes wins! What do you win? Absolutely nothing!

You willl be happy to know that we have way fewer countries on the map. Posted by a guest user on: https://countryballs.net/news/polandbal ... 09-02-5927