Several weeks ago, following a discussion about the political landscape of Catica in the 1960s, the idea of an IDUvian Great World War, which would be similar in scope to the real-world second world war, was proposed by either Laeral, Legionas, Xiomera, or Eiria (I frankly can't remember which user). We discussed it at length in the region's Discord server and even outlined its general structure. Unfortunately, that conversation has long been buried under a pile of other equally significant discussions. I figured that it would be a good idea to make a thread devoted exclusively to the development of this so called "Great [World] War". Hopefully we can work out a lot more of the conflict's specific details using the forums (this thread) and wiki.

What we've got so far Please feel free to voice your thoughts below.
Top

To document what was previously discussed as far as Xiomera’s role in regards to this: Xiomera sided with the non-player controlled nation in the hopes of being able to use that alliance, and the war, to be able to expand into neighboring areas controlled by Legionas, Eiria, Cape Auria and other nearby nations. Xiomera, at the time, was controlled by a highly nationalistic government which had the belief that a “Greater Xiomeran Empire” was not only the nation’s destiny, but its birthright.

As their alliance failed, the Xiomerans avoided being completely defeated and occupied by an emergency intervention from the military which overthrew the Emperor at the time. The new Emperor would sue for peace and manage to seize victory (or, at least, stalemate) from the jaws of defeat.
Top

It’s also worth noting that the instigating nation is called Darya. I did some digging in Discord’s records and found quite a few mentions of the NPC nation. As best as I can tell, it occupied much of the space west of Legionas and dipped down into the heart of Catica, making it a pretty large nation. It’s Hindu inspired, meaning that it’s architecture would probably be similar to that of India. The nation was ultra-expansionist and probably fairly jingoistic in nature.
Top

We also discussed the possibility of including other like-minded (i.e highly militaristic and expansionist) NPC nations which would have allied with Darya. I believe there was a proposal drawn for one in Southern Catica- below Arcadia-Dazeber- another in Hespia, either in the North East, bordering Gonhog, Laeral, High Fells etc, or in the North West, bordering Trive, Lauchenoiria, Kerlile etc.

I think I actally have some of the maps. 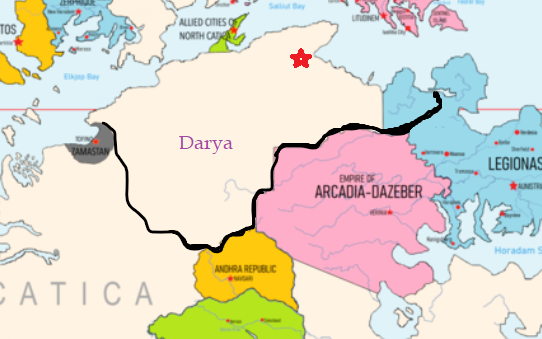 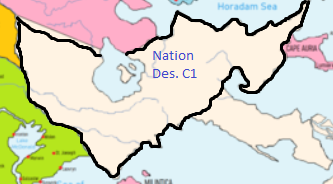 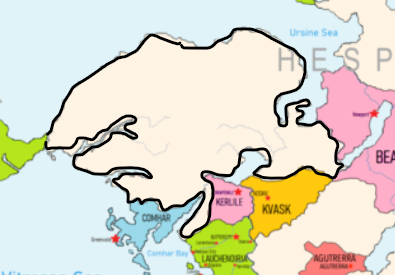 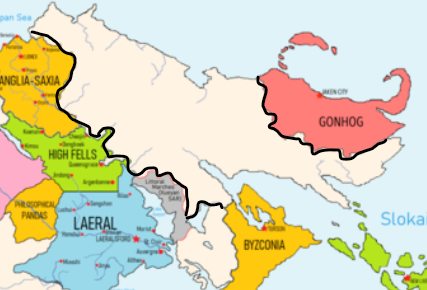 b.1) Alternate proposed Area B of Hespian NPC nation 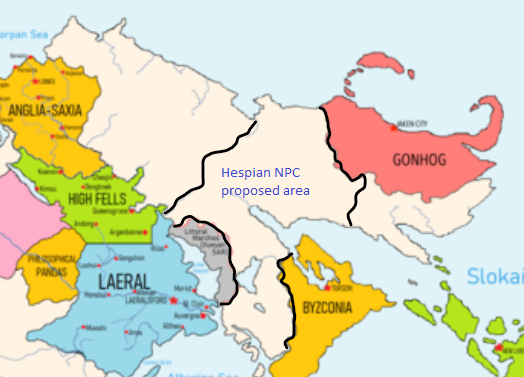 In response to the map proposals: due to the presence of newer nations that are now on the map, many of those proposals cannot work. My own puppet Zongongia is in 3a) and there is another nation where Darya was meant to be.

Also noting that "Darya" can be a human name, and I had a character named that. See: The Liberal Life of Students (Tales of Lauchenoiria)
Top

Yeah, those are some pretty big slots for NPC nations. We may want to consider reducing them in size by about 50-66% since we want to keep our options open and most nations will have been founded before 1967.

The maps were just quick proposals, I'm sure we'll be able to agree upon the sizes. Although I do think Darya's size should not see a drastic decrease, if we are to believe that it expanded heavily during the mid 20th century.
In Varietate Concordia
Top
Post Reply
7 posts • Page 1 of 1

Return to “Cartography, Vexillology, and Historiography”