I imagine in the cannon of many users, real world products do not exist or are not used in their nation. It would also make sense that nations would produce their own products. Name one RL nation that doesn’t have at least one product to its name? All this gave me the idea to open a regional storefront.

The regional storefront is a place to show of your nation’s products so that they may be used/referenced/etc in RPs. This can be cars, phones, guns, watches, anything really.

If you have a product of your nation that you want to show the world, tell the IDU about it in a post on this thread.

It is my hope that this storefront will help users in world building(company building really) and putting product ideas on paper. It can also just be a new place to advertise your latest phone. The world is your Oyster.
Top

Perhaps the most prolific smartphone in LOM, The Nova XIX (having a slim varient and a wide varient, along with the standard) is force to be reckoned with. It comes standard with a camera that can shoot 4K and 64 GB of storage. This installment of the long running “Nova” smartphone series is slightly smaller than its predecessor at 5.6 inches in height by 2.7 inches in width (the wide version, which has a larger screen as well, is 2.9 inches wide). The phone also has a screen that takes up the entirety of its face, unlike its predecessors. A standard XIX costs $799.
Top

The Bailey Executive 2020 is this year’s make of the highly successful luxury sedan model. The standard “Executive” comes equipped with a 5.0 liter, 350 hp engine that is more than capable of getting you where you are going. It has four wheel drive and an automatic transmission. On the interior, the “Executive” has a burl-wood or mahogany dashboard and accents (both available upon request) along with all leather seats and hand stitched steering wheel. It is a four door sedan and can seat five people (2 in the front bucket seats and three on the rear bench seat).
All “Executives” come pre-equipped with climate control indevidual for the passesnger and driver’s seats along with heated and cooled seats. The car comes standard with a state-of-the-art GPS system and voice guidance along with a touch screen console that can access your phone’s music apps wirelessly.
Last edited by Libertas Omnium Maximus on Thu Aug 15, 2019 11:42 pm, edited 1 time in total.
Top

Gardavasque's technology economy has been booming for decades. Centered in the so-called "Silicon Forest," a suburban area south of the city of Eternity and northwest of the city of Innovation, the area is global leader for companies producing software products, social media services, venture capital, research, and scientific advancement. Nearby Leland University and Gardavasque Institute of Technology are major hubs for science and engineering and have fostered a climate where competitive good-paying jobs requiring a skilled, highly-educated workforce are ubiquitous. Some of the world's largest Internet and Social Media companies are headquartered here, including Pear, Inc., WhoTube, Twitcher, Gazillion, and MyFace. 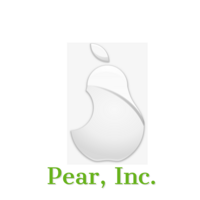 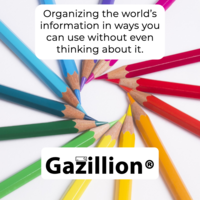 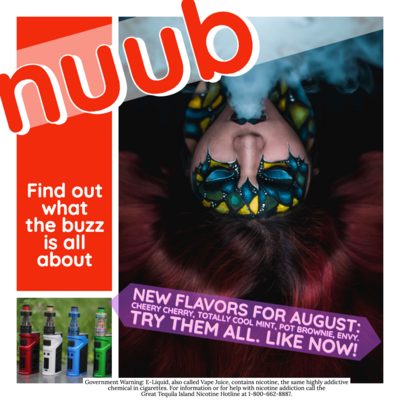 I thought I'd share this print ad from Tequila Airlines in-flight magazine that basically captures a sense of what seems to be really popular in Tequilan culture lately. Nuub is a wildly popular vape product line that seems to be ubiquitous at high schools, on busses, and shopping malls across the Island. The creative team who created this ad appear to be deliberately cultivating a brand that is creative and playful with maybe just a hint of danger. Nuub has these cheap e-liquid cartridges that are constantly coming out with new flavors, really tapping into the fear of missing out (FOMO) brand strategy. The brand itself is a play on words: "Nuub" could mean "nube" which is cloud in Spanish or it could be short for "newbie." It's high-tech, youth-oriented, capitalist, and maybe just a wee bit too hedonistic for some. Note the teeny tiny mandatory government warning at the bottom; clearly the National Health Service doesn't wield a great deal of power in regulating this potentially hazardous product.
Last edited by GreatTequilaIsland on Sun Aug 11, 2019 9:36 am, edited 1 time in total.
Top

Gardavasque Airways, Inc., dba GardAir, was originally the State Airline of Gardavasque, but was privatized in the 1980s in a wave of deregulations across the airline industry. Today GardAir remains a competitive and popular budget airline, with 20% of the domestic market share by passenger volume, the highest of any domestic carrier. GardAir serves 101 (mostly domestic) destinations with a fleet of 753 Boeing 737-700 and 737-800 aircraft and has an annual operating revenue of of 22 Billion Yescas. GardAir's corporate headquarters is located in Eternity and maintains major hubs at Courage, Glory, Loyalty, Independence, and Resurrection. GardAir has used the same no-nonsense slogan "GardAir Gets you there" and stylized Banshee Eagle icon for over 25 years. Their safety record is among the best in the industry with only 3 passenger fatalities in the past fifty years. 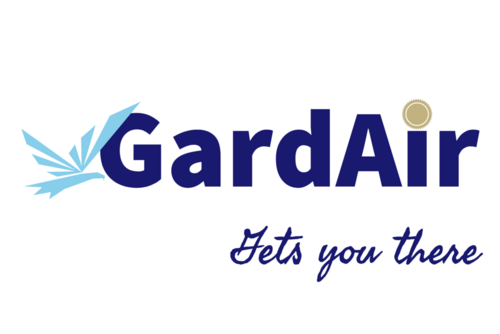 With the mix of a thriving tech and emphasis on environmental sustainability, Gardavasque's auto industry ranks 6th in IDU on the "Henry Ford Productivity Index" due in part to it's electric auto market. The market leader is Techla with one of those celebrity CEOs known for making wild statements on his Twitcher account. 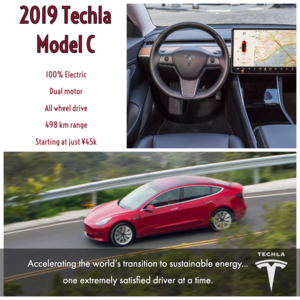 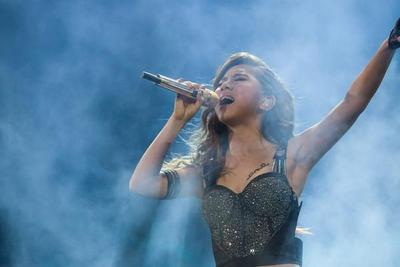 Jane Tao is among Laeral's most popular singers. A teen singer and product of a major studio's publicity machine, Tao is best known for her upbeat and aggravatingly catchy songs from her early career, focusing largely on the common themes of unrequited love and tragic breakups. Tao has released songs in Mandarin, French, and English (for the international audience). Her most popular singles include "I Gave You My Heart", "It's Criminal", and "Accepting", all of which can be heard as 99-cent ringtones, being played on Top 40 radio stations, or being absentmindedly hummed by any number of Laeralites, international fans, or innocent passersby frantically trying to get it out of their head.
Top

The Tofino International Film Festival is a set of awards for artistic and technical merit in the film industry, given annually by the Tofino Academy of Motion Picture Arts and Sciences, to recognize excellence in cinematic achievements as assessed by the Academy's voting membership. The various category winners are awarded a copy of a golden pine tree, officially called the "Pine Award", although more commonly referred to by its nickname "Pine". The first festival was held in 1995, and the most recent as of this posting was the 2019 Tofino International Film Awards, the 24th held.

Some of the most prolific winners of the past several years include actor/director Travis Brondi and actor Chant Anderson, both of whom have been made into household names through their careers and victories in the festival. Their movie, The Informant, is one of the most decorated movies of all time.
Top

Zian Airways is the flagship airline of Zamastan. Though other airlines such as Jade Air are also popular in Zamastan, Zian Airways is the only domestic corporation one that provides international flights out of Zamastan as well as between Zamastanian cities. Founded in Jade Harbor in 1955 when they launched operations with just two aircraft, today the airline boasts one of the IDU's biggest fleets of commercial passenger jetliners. Offering customers the comforts of the latest and most efficient wide-body aircraft in the skies, the airline inspires travelers around the world with a growing network of worldwide destinations, industry-leading in-flight entertainment, regionally inspired cuisine, and world-class service.
Top

Tequilan Airlines. The discount international airline serving 150 destinations across the IDU. Give us a shot, and we'll give you one! Tequilan Airlines: Getting there is half the fun. 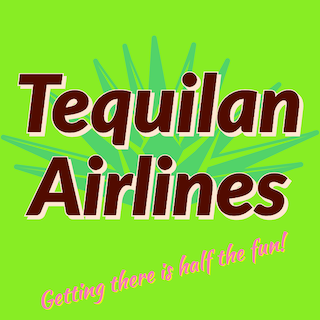 Listen to Tequila Sunrise every weekday from 6-10am with Rocky Reyes, the local expert on everything! Only on Radio R4, 99.5FM, Los Mescaleros. Great Tequila Island's favorite rock!

Return to “Nations of the IDU”