The Essenian People Finally Have a Voice in Government
November 1, 2019
By: James Daniel

November is a historic day for Essenians because they will get their chance to vote for the next Chancellor. This is historic because the first Chancellor of Essena William Calaway was voted on by the National Convention when Essena was transitioning from US rule to independence. William Calaway will not be part of the ballot because of a promise he made during his inauguration speech, where he said "Since I am not directly elected by the people when my term is done I will not run for reelection and I will let the people decide who they want in office. As the Essena motto goes Strength and Prosperity By The People!" On the upcoming election Calaway has given his advice to those running for the office by saying "Be patient and kind but strong and competent. You are the voice of the people, they are your boss." The candidates running for office are listed below.

If you want to vote the poll can be found here: Vote Here

Henry Green is a Representative from the Amerigo District and is also the founder of Green Acres, a food processing company. Green's running-mate Representative Mark Anderws is a career politician from the Esseni District. The Green Campaign supports less restrictive gun laws, Pro-Life laws to curtail abortion, and closer ties to the Christian religion. Green also wants the power of the Chancellor to be loosened by creating a Board of Governors wing of the government. He also wants to detain abusers and exile them from the country or create a large prison that can be compared to Alcatraz. Representative Green wants to steer the nation to a more conservative route.

Richard Romero is the Governor of the Buckstone District. Forest's running-mate Joseph Oliver is the mayor of Hogsville in the Staglion District and is a former comedian news host of The News Show. The Romero campaign wants to solidify Essenian laws on abortion, separation church and state, and gun restrictive laws. Governor Romero wants to steer the country in a more centrist/ social liberal route.

Mrs. Linda McMillian is the CEO of the Reinhardt Inc, a gun manufacturing company. Mrs. McMullin's running-mate is Richard Yi the Representative from the Carter District. Mrs. McMullin wants to give people a choice in life and wants government regulation to be minimum. Mrs. McMillian is Pro-Choice, Pro-Gun, and Pro Free markets. She wants to allow private institutions to set up schools in Essena to give people more of a choice. McMullin wants to steer the country in a more centrist/ conservative route.

Mrs. Georgina Sanders is a lawyer that lives in the Carter District. Mrs. Sanders running-mate is Franklin Gates the representative from the Christen District. Mrs. Sanders want to put more emphasis on green technology, economy, and living. She wants to all Essenians to protect the environment for the good of the next generation. She does not support any nation that uses fossil fuels and has said she would not interact with them. She wants to protect the Great Buck which can be hunted. Mrs. Sanders wants to steer the country in a more social liberal route with a heavy emphasis on the environment.

It is expected that many Essenians will go to the polls to vote. Excitement is high knowing that their vote will be history and will also steer the ship of state for years to come. Who will win? Who will the people choose? Will it be the right choice? All these questions will be answered in this upcoming election. Elections for the National Essenian Assembly will take place next year 1984.
Last edited by Christos on Fri Nov 08, 2019 9:40 pm, edited 2 times in total.
Top

In a step to de-emphasize the influence of Essena’s colonizers Chancellor William Calaway has allowed statutes and monuments dedicated to Spain and Germany to be moved from public spaces to museums. Chancellor Calaway has said that “These statues honor people who have abused Essenians and the only place they belong are in museums; it is only appropriate.” Critics opposed to the removal of the statues have said that history should not be tampered with and are afraid that Calaway is rewriting history by snuffing out the dark times in Essena's history. It is rumored that Chancellor Calaway wants to ban Spanish and German Empire flags from the nation. Critics against the Chancellor have said these order might violate the Constitution of Essena because the issue should be decided by the National Assembly. For now though the Assembly has not opposed the Chancellor’s order to relocate the statues and monuments but with rumored more orders to come the Assembly may get involved.

With the order Spanish statues and monuments will be moved but it has raised the question on how to differentiate between a Prussian work vs. a German work. Art and History Expert Lawrence Aragon says "When deciding the government will pay close attention to make sure the work in question is a German work and not Prussian. Yes, there will be some overlap but we will take each work on a case by case basis."
Last edited by Christos on Fri Nov 22, 2019 2:33 pm, edited 1 time in total.
Top

The Essenian election bureau has counted all the votes and have announced the Governor Robert Romero will be the next Chancellor of Essena. The race was a close one with Romero having a 3 point lead against Representative Henry Green. With Romero's victory a new President has also been elected Mayor Joseph Oliver. 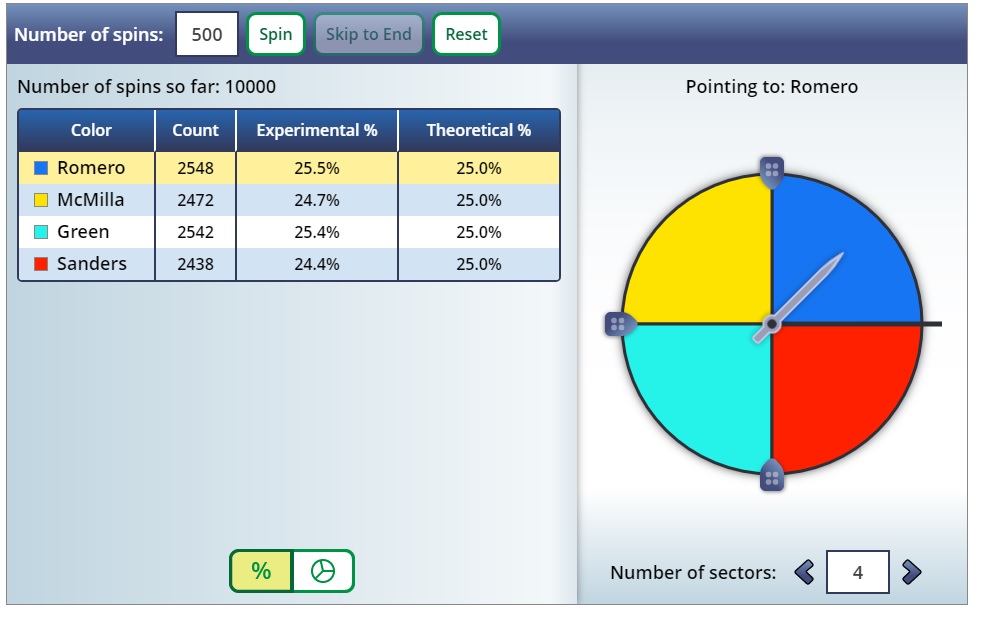 Robert Romero had this to say about his win "Today is the start of a new Essena, a prosperous Essena. The people have finally chosen their Chancellor and I am here to lead Essena to great things. I hope that I live up to the expectations of all Essenians and by the grace of God lead with humility and respect."

Henry Green conceded by saying "Congratulations to newly elected Chancellor Romero. It was a long and hard campaign, very divisive. Though we came up short, it is time now to heal the nation and stand behind the next Chancellor for the sake of Essena."

The inauguration of the next Chancellor will take play January 18th. This day will surely be one for the ages filled with patriotism and happiness.
Top
Post Reply
4 posts • Page 1 of 1