The place for conducting intraregional relations or just hanging out with other national leaders. [In-Character]
Post Reply
1 post • Page 1 of 1 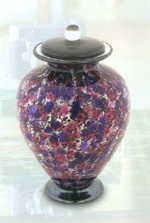 BETWEEN TWO URNS
Good evening and welcome to the first edition of Between two Urns.

I'm your host, Matt Galifinachoo and over the next few weeks I'll be interviewing different nations to bring glimpses of their insight, their history and their thoughts, to you. Tonight's guest is Xoriet.

Thank you for being here, lets get right down to it, when was Xoriet founded?

Tell me about the early months and finding your feet in NS?

Xoriet: Early on I was an issues answerer who had no idea there was a community in the region in which I founded. But eventually I discovered the RMB and then the forums. I registered for citizenship in March of 2013 and started off just roleplaying in The East Pacific Then came Z-Day where my activity in the event encouraged an active government member to invite me to the regional Skype. And so I met the community of TEP properly in late 2013.

I was invited to join ESPA, TEP's military. During this time Bachtendekuppen became Delegate and was undoing the joke fish Coup by AMOM that encouraged the transition. My first operation was raiding Fishmonger regions to close the embassies. So I started military, but a few months later joined the Magesterium.

I got involved with the Defender Act, which seemed like a splendid idea to a newbie who didn't understand how much TEPers wanted to stay neutral. When it passed, I learned that it really was a horrble thing that divided the region and was driven by someone who didn't have the regions interests at heart who was only interested in making sure TEP would never be raider and supported repealing it. That pretty much sums up my noob days.

So it's safe to say TEP has been a big influence on you from the outset?

Xoriet: TEP has been a huge influence on me, yes. I grew up there in the NS sense and learned a lot of what I know today from watching leaders in TEP.

What leader would you say influenced you most and why?

Xoriet: Probably Bachtendekuppen. He's always been calm, steady and reasonable. I learned a lot about how I want to conduct FA from watching him in action.

We met in 2014 and back then delegacies changed almost like the weather and powerful personalities were to be found almost everywhere, there was McMasterdonia, Douria, Cormac, Koth, to name but a few. Is there anyone from outside TEP that you feel helped you define your NS path in one way or another?

Xoriet: Severisen, Benevolent Thomas, Cormac, Venico and Raven were the early people who most contributed to what my career ended up looking like.

Some powerful personalities in that list, so fast forward to today, where are you now?

Xoriet: Well currently I'm in partially in the past because I'm back I've resumed a military leadership role once again, which is a common theme in my history. I'm also in a future I wouldn't have predicted five years ago in the least where I'm in The Pacific as a senator. And sort of like the past again, it was another case of getting the position because of a PR disaster that needed fixing. But I like to think I've earned it past just being the convenient PR janitor at the time since.

Well I think it's worth acknowledging just how capable you are. Lets talk SC Resolution #266, "Commend Xoriet". Wow! Congrats! Talk me through that!

Xoriet: Well Escade came to me and asked me if she could write me a Commendation. I told her she could and that I had no strong feelings one way or another about it passing. I wasn't sure it would since it also cited some of my work as a raider, but it did after all. The content mostly cites my defender career with a mention or two of the raider aspect and generally delves into the days where I was working actively in solving harassment cases and wrote guides to help identify them. It's a pretty good summary of things and Escade is a sweetheart for writing it. I think there are other players who deserved badges way before I do, so I've been taking on a side project in the SC (Security Council) for a while to recognize some of those nations.

I have to ask a difficult question on that basis, how does your NS Ideology pair with SC #268 "Condemn the Pacific"?

Xoriet: Condemn the Pacific recognises things that really happened and exaggerates or misattributes others. What is true in that resolution that I don't stand by is the interference in othe regions, because I don't believe in what was done in Task Force Lazarus. I don't like subverting other regions. I think it was not smart to set up the region for such a drastic hit to the reputation after the NLO incident. I also find it highly impractical to waste regional resources somewhere else where you have no business being when your own region needs the attention. But I stayed here because I knew I could work internally to guide the region in a direction that wouldn't see a repeat of past mistakes by other former leaders.

We could fill several pages pulling into the history of the Defender wars, of TEP, of Task Force Lazaurs and of the NPO but then the readers would lose interest, so time to end with five short questions with five short answers you ready?

Xoriet: Sev once said something to Chingis so funny that I've never forgotten it. "You couldn't have missed the point more even if you endorsed the native delegate"

Xoriet: Finish a number of regional projects w're working on, get one or two SC resolutions I've been working on up to vote, expand my array of military officers in the Legio Pacifica and not overwork.

If you could move to one other region in the morning, which and why?

Xoriet: TEP, if I ever went somewhere other than TP it would be back to my original home.

Lastly, do you think Mallorea and Riva is the inspiration behind the song "Baby Shark?"

Xoriet: Yes.
And thus concludes segment one of, between two urns. I'd like to thank Xoriet for the 45 minutes it painstakingly took us to get through this and look forwarded to bringing you another segment in the coming weeks!